Virtual  Reality :Revolution in the field of medicine 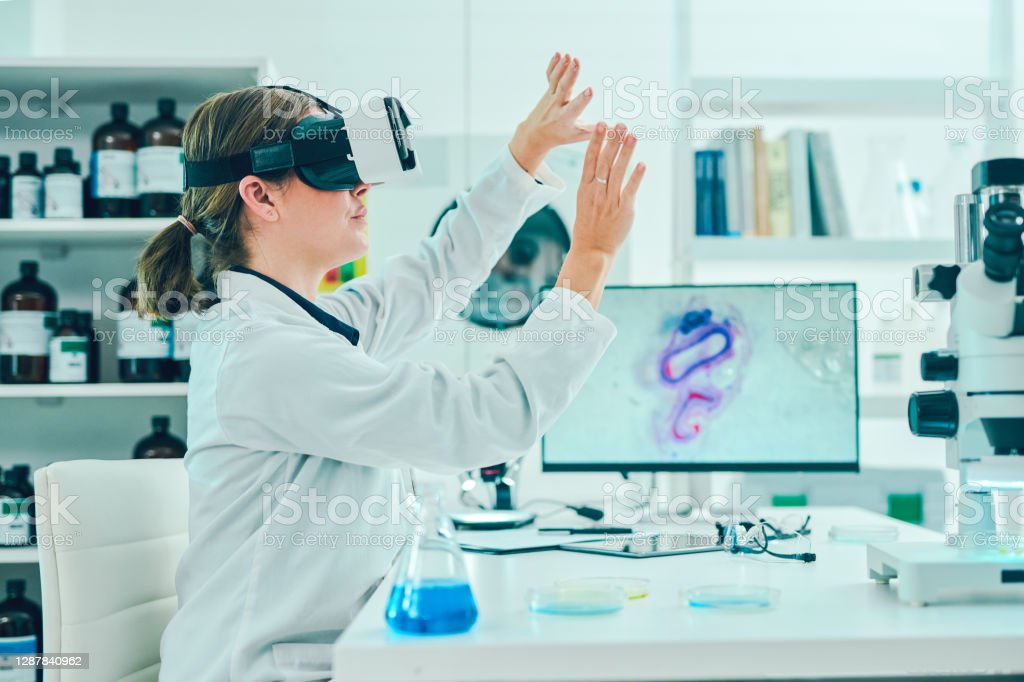 The idea of ​​involving the five senses of a person by immersing him in the heart of the action, which takes place in a simulated environment, does not go back a few days ago. It is Virtual Reality ( VR ), a term introduced in 1989 by Jaron Lanier : an oxymoron that compares the “real” objective existence to a “virtual” one that does not really exist.

Virtual Reality: what it is and what characteristics

Through the manipulation of three variables ( space, time and interaction ) and the availability of a graphic interface , it is possible to create a dimension characterized by a strong sense of reality , whereby the subject believes he is in that world and can interact with it. This simple description already summarizes the two main characteristics of the virtual environment :

In particular, according to the degree of immersion and involvement, three types of VR are distinguished:

Virtual reality has been the great promise of information technology. At the beginning of the 90s it was thought that it would become the dominant medium , but in the following 10 years it disappeared and then returned to vogue in recent years: according to the estimates of the research company IDC, the turnover generated in 2016 by the sale of viewers – already on the market like Samsung’s Gear VR or coming soon as Microsoft’s Hololens – should reach $ 2.3 billion with 9.6 million devices worldwide . A figure destined to grow over 180% a year leading to an estimated total of 64.8 million devices in 2020 .

Not only playful and entertainment players are betting on virtual reality, but also the scientific world which is pursuing the path of digital innovation in the development of new products and services.

In general, the fields of application of VR in the medical field are mainly:

In these contexts, the construction of a virtual world in which the subject can be in control is particularly effective.

The so-called ” cyber therapy ” arises from the need to find cutting-edge solutions in the rehabilitation-psychological field that entail further advantages compared to traditional rehabilitation techniques, including:

This innovative approach consists in the execution of virtual programs that simulate situations and contexts of daily life in an extremely realistic and interactive way , stimulating both the cognitive, auditory and visual functions as well as the olfactory and tactile ones . In particular, the patient wears a pair of goggles where the sensors are positioned that send positioning and navigation data to the computer. Eventually, additional measurement systems can be applied, including those for detecting heartbeat and blood pressure. Finally, through the joystick, the patient can practice performing the required tasks and orienting himself in simulated environments.

Another interesting application of virtual reality concerns the pharmaceutical field for therapeutic purposes , or pain therapy. In many experiments, patients have benefited from immersion in virtual environments during very invasive and painful treatments. For example, at the Cedars-Sinai Medical Center (Los Angeles), 60 people were immersed in the Bear Blast game in which, through slight movements of the head, they had to hit the bears that appeared with balls. This study showed that virtual reality can have similar effects to opioid painkillers leading to an average reduction of perceived pain of 24%.; according to doctors, this is comparable to what can be obtained in acute pain with the administration of opioid analgesics. A result that, if confirmed by further studies, could lead to a reduction in the use of opioids in the pre and post-operative phase.

The potential of virtual reality can also be successfully used in therapy training . Just think of its use before an operation, to train the doctor to the success of the operation . Or again, how a 3D virtual reality camera positioned in the operating room or on the doctor who is operating allows other people to witness the operation in an immersive way . All applications that allow people to actively participate in the creation and development of their knowledge, linking learning to “doing” in the first person.

For example, the American company Sandia has developed, in collaboration with the Defense Advanced Research Projects Agency (DARPA), a virtual reality system to train its health workers in the first battlefield intervention . In this way, operators had the possibility to:

In this case, virtual reality allows not only to learn a technique , but also to experience emotions and learn to control them , so that the operator can successfully intervene and manage the tension exacerbated by the situation.

The augmented reality model has also been adopted in the processing of CT and MRI images . A method that begins to land in Italian operating theaters and that allows doctors specialists in the operating field to superimpose computerized images, both to train themselves in advance on the simulator and to optimize results . In particular, the Diagnostic Clinic of Rio de Janeiro presented, during the conference of the Society of Radiology of North America, a new MRI capable of producing 3D images suitable for virtual reality. Thanks to the combination of multiple 2D images revealed with MRI and the use of a virtual reality viewer, the doctor is able to see the3D fetus during its growth : these images make the study of its anatomical structures easier and more detailed , as well as the timely identification of any anomalies of the internal organs. This more advanced technology than the classic ultrasound, has not only didactic purposes but also clear application implications.

There are therefore several applications of virtual reality in the medical field:

The future of medicine is increasingly hi-tech : today virtual reality is mostly experienced, but it can be expected that it will re-enter medical practice and become a current practice thanks to the benefits it can bring and its accessibility. In fact, if so far one of the main obstacles for the spread of cyber therapy were costs, today it is possible to have an immersive virtual reality system at more competitive prices.